Lightning rods are made of metal, so it must mean that metal roofs attract lightning as well, right? Unfortunately, this is a widespread myth.

For What Lightning Rods Are Used?

First off, lightning rods are intended as a precautionary measure against lightning, not something that attracts them. It channels the current electrical current into the ground to prevent any damage to the building. While lightning strikes remain unpredictable, scientists have singled out several factors that influence the occurrence of lightning strikes, none of which include metal’s composition.

The Timing and Location of Lightning Strikes

Geography, topography and the movement of storms are some of the known factors that can influence the timing and location of lightning strikes. However, there are still a lot of unknowns when it comes to studying their occurrence. As such, until more information is found, any similarities between incidents involving lightning strikes are coincidental.

However, even if there’s no way to accurately predict lightning strikes, you still need to take precautions to safeguard your home against such occurrences – and the solution may even surprise you.

Contrary to popular belief, metal roofs can protect your home. Structural damage stemming from lightning strikes depend on the building material’s resistance to lightning; the less its resistance to lightning, the less likely a building will suffer damage. Metal, a highly conductive material, can safely direct the current to the ground, minimizing potential damage. Just make sure roof replacement contractors, or any general contractor or electrician for that matter, have made sure your home is properly grounded.

Conversely, this means that there is some truth to the advice of avoiding trees during thunderstorms. Wood, which has poor conductivity, would likely suffer considerable damage if it gets hit by a lightning strike.

Lankford Roofing & Construction LLC, a contractor with over eight decades’ worth of experience in the industry, offers roof replacement services. To get a free estimate, call (903) 465-7677 or (580) 920-1433, or leave us a message on this form. We serve homeowners in Denison and Sherman, TX.

Katie @ Lankford was very professional and very knowledgeable… Great job, great follow up.. Would definitely recommend them and use them on any future roofing needs!!!

Mike was the one that I dealt with and he was more than professional and helpful. I feel that he went out of his way to make sure we got what we needed.

He was here on time, came out when he said he would, helped with our insurance. We were very satisfied with them. Their clean up was excellent and you couldn’t tell they had been here.

Lankford Roofing did an excellent job! I am very satisfied.

The service was great. The sales was great. I would do it again and would recommend them to anybody.

The Staff at Lankford Roofing met or exceeded my expectations in all respects. I would definitely retain their services again if needed in the future and highly recommend them to my friends.

I talked to a lot of different roofers and the estimates were way over inflated. I felt like Katie was the only person that leveled with me as a woman. There are so many single homeowners out there that are women and they get taken advantage of but Katie was just cut and dry. She said this is how it is and if anyone tells you differently they are wrong. She provided an on target bid with the national averages so I was pleasantly surprised. I can’t recommend them highly enough.

I was astonished and delighted with their work and spend…and with their assistance with the insurance company. Yes I do recommend them.

They were great to work with!

I highly recommend them. They are very professional and reasonable. They help you make the best selection for your needs and they do not try to push product at you.

Lankford Roofing did an excellent job.

They did a great job! The communication was clear, and accessible from the owner of the company, to the actual employees. 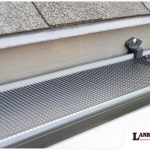 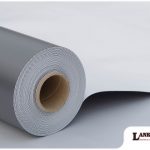 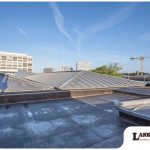 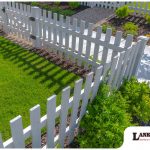